Chief Executive of the Islamic Republic of Afghanistan 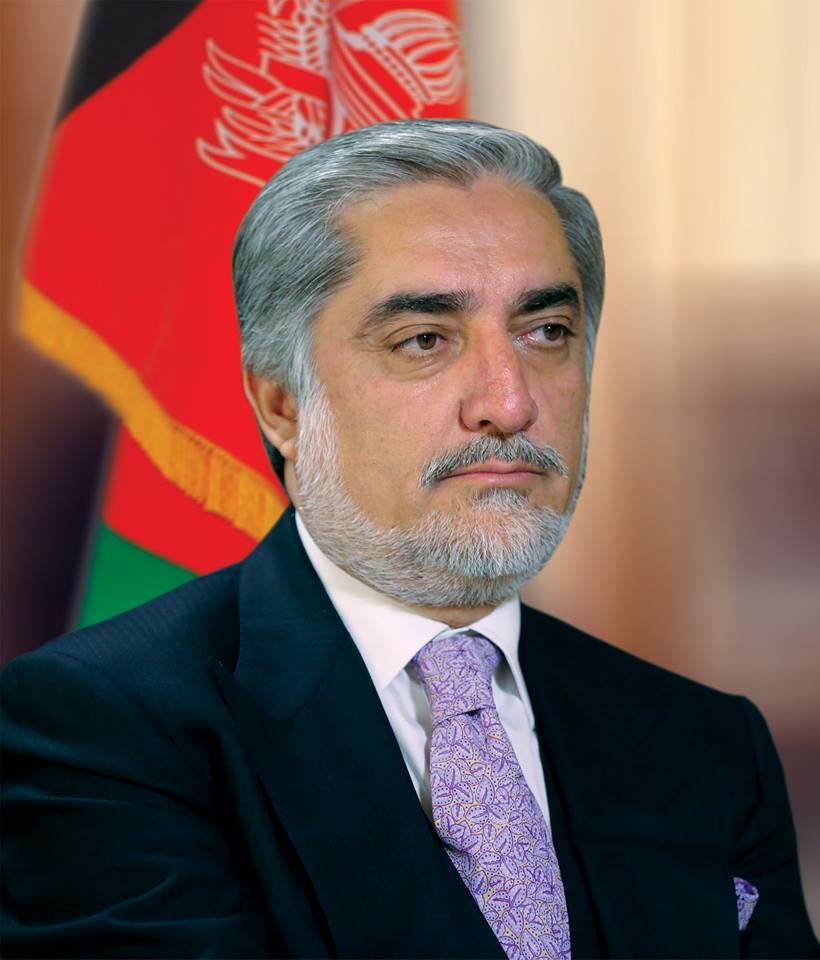 His Excellency Dr. Abdullah Abdullah is the Chief Executive of the Islamic Republic of Afghanistan.  He is a key political figure in Afghanistan, who has held numerous prominent positions during his illustrious political career.

From the early days of the Afghan national resistance against the invasion of the former Soviet Union, up to the campaign for the liberation of his country from the forces of terrorism and extremism, Dr. Abdullah’s relentless efforts for the independence of his people, and commitment to peaceful and democratic Afghanistan has earned himnational and international recognition.

On December 22, 2001, during the historic Intra-Afghan talks in Bonn, Germany, he was selected to serve as Minister of Foreign Affairs in the Interim Administration of Afghanistan, led by President Karzai.  In June 2002, Dr. Abdullah was again confirmed as Minister of Foreign Affairs of the Transitional Islamic State of Afghanistan in the Loya Jirga (grand council which chose Afghanistan’s new transitional government.)

In 2006, after leaving his post as Foreign Minister, Dr. Abdullah served as Secretary General of the Massoud Foundation.

With an aim of bringing change and hope to the Afghan people, Dr. Abdullah registered as a candidate for Afghanistan’s 2009 Presidential elections. He ran a highly impressive and dynamic Presidential campaign under the slogan of “Hope and Change,” and a national agenda to institute needed reforms, and change Afghanistan’s system of governance from a Presidential to a Parliamentary system.

Unofficial and non-certified electoral results of Afghanistan’s 2009 Presidential elections were announced on September 16, 2009, showing that Dr. Abdullah was in second position of the total votes cast. A second round runoff election was called between the Incumbent President Hamid Karzai and Dr. Abdullah after the Electoral Complaints Commission concluded a vigorous investigative process and disallowed a large number of questionable ballots, with the majority of those votes being in favor of the Incumbent Hamid Karzai.

On November 1, 2009, he announced he would not participate in the second round of the Presidential elections, due to concerns regarding the independent electoral commission’s ability to ensure transparency and credibility of the 2nd round of polls.

Following the conclusion of the electoral process, Dr. Abdullah broadened his “Coalition for Hope and Change” political party, forming the National Coalition of Afghanistan (NCA). This new party was the onlyDemocratic Opposition to the Government of Hamid Karzai.  In this capacity, he was actively involved in the political process, working with other political figures around the country to institute constructive reform to strengthen governance in governmental institutions, and reform Afghanistan’s political system.

In October 2014, Dr. Abdullah Abdullah announced his nomination for the third-ever presidential elections in Afghanistan’s history, which took place on 5 April 2014.  The result of the vote count had him significantly ahead of all candidates, having secured 44.65% of ballots casted throughout the country. Based on the decision of the Independent Electoral Commission (IEC), a second round of vote was held on 14 June 2014. However, the second round of polls encountered significant technical difficulties, which led toa political agreement between the two top vote getters.

That agreement led to the formation of Government of National Unity, with Dr. Ghani serving as President, and Dr. Abdullahas Chief Executive of the Islamic Republic of Afghanistan.

Dr. Abdullah has earned the respect and admiration of world leaders, and his own people, as a voice of moderation and consensus. He is consistently working for peace and reconstruction in Afghanistan, and to implement a comprehensive reform agenda to achieve a peaceful, stable, democratic and prosperous Afghanistan.

Dr. Abdullah believes there is no greater priority than regaining the trust of the Afghan people, who have waited too long for an effective Government, that is able improve the plight of Afghanistan’s citizens.

Dr. Abdullah is married and has three daughters and one son. He is fluent in Dari, Pashto and English, and is proficient in Arabic and French.