He holds a 1st Class Honours degree in Law and Political Science from Kabul University, Afghanistan, an LLM and PhD in Islamic and Middle Eastern Law from the University of London.

Dr. Kamali was Assistant Professor at the Institute of Islamic Studies, McGill University in Montreal, and later Research Associate with the Social Sciences and Humanities Research Council of Canada. He was a Visiting Professor at Capital University, Columbus, Ohio in 1991, and a Fellow of the Institute for Advanced Study Berlin (Wissenschaftskolleg zu Berlin), Germany, 2000-2001. He served as member and sometime Chairman of the Constitutional Review Commission of Afghanistan, in 2003. He is a Fellow of the International Institute of’ Islamic Thought, Herndon Va, and is currently on the International Advisory Board of 13 academic journals published in Malaysia, USA, Canada, Kuwait, India and Pakistan. He has addressed over 230 national and international conferences, has published 46 books and over 260 academic articles .His works have been hitherto translated into 13 languages.

Prof. Kamali has been member and chairman of the CIMB Shariah Committee, Sunlife Takaful Malaysia, and formerly Stanlib Corporation of South Africa. He was member of the Shariah Advisory Council of the Securities Commission Malaysia. He is also Senior Fellow of the Royal Academy of Jordan.

He received the Isma’il al-Faruqi Award for Academic Excellence twice, in 1995 and 1997. He is listed in a number of leading Who’s Who in the world.  He features in the book The 500 Most Influential Muslims in the World (2009, 2010, 2016, 2019 and 2020).  He is a recipient of the King Abdullah II International Award 2010 in recognition of his intellectual contributions towards serving Islam and Muslims. He is a recipient of the 24th Iran World Award for Book of the Year 2016 in 2017and in 2019, he received the Special Award – Halal Global Award on Islamic Civilisation Studies, 2019. 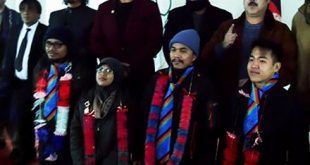